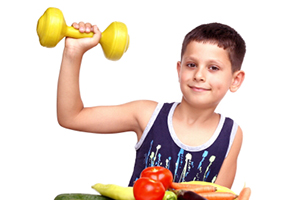 Obesity, along with many other diseases related to it, is a major health crisis in the U.S. that requires a lo of effective efforts to address. Almost 2/3 of Americans are currently overweight or obese, which is a figure that has increased by more than 10% within the past decade and is only expected to keep growing. As a result, more than 300,000 people die every year due to obesity and obesity-related diseases like diabetes, even though obesity is the second leading cause of an illness that can be prevented. For this reason, several medical organizations have developed specific programs designed to decrease the rate of obesity and diabetes in the country, but not all programs have been successful in achieving or sustaining their goals. To better guide medical professionals who deal with these types of patients, a paper was released that highlighted the most effective characteristics of one of these prevention programs and offered advice on how to follow it.

Program created by team of experts

Metabolic syndrome, also known as insulin resistance syndrome, is a cluster of health issues that collectively increase the odds for developing heart disease and diabetes. It's either caused or worsened by consuming more calories than the amount burned and not getting enough exercise. Approximately 34% of the adult population currently has metabolic syndrome, which means lots of individuals could benefit from programs that prevent diabetes. With this in mind, a team of experts that included doctors, nurses and nutritionists developed the Diabetes Prevention Program (DPP) intensive lifestyle intervention program called "Lifestyle Balance." A total of 3,234 individuals participated in the DPP study, all of which were overweight and had impaired glucose tolerance.

The first part of the program consisted of 16 sessions led by a lifestyle coach, with the first eight dedicated to education, diet and exercise, and the other eight focused on how to overcome the challenges that might get in the way of making changes. The nutritional component of the program consisted of a 24-week Mediterranean-style diet. This encouraged participants to eat lots of fruits, vegetables, whole grains, poultry, and fish, with a breakdown of about 45-50% carbohydrates, 15% protein and 35-40% fat. Monounsaturated fats like olive oil were encouraged, while saturated fats were discouraged. For physical activity, participants were encouraged to get at least 150 minutes each week of moderate-intensity physical activities like brisk walking. In addition, all participants were told to wear a pedometer (step-counter) and increase the number of steps they walked each week until averaging 10,000 steps per day. The two major goals of the program were to have all participants reduce their weight by at least 7% and maintain a reasonable level of physical activity every week.

Program is effective for reducing the rate of diabetes

On the whole, DPP was found to be effective, as there was a 58% reduction in the rate of diabetes that developed in study participants compared to groups that received placebo or medications only. In addition, many of the patients from the initial study participated in a separate follow-up study, and their diabetes rates were once again found to be lower than groups in which only diabetes medications or no treatments were given to patients. When this approach was analyzed, it was also found to be more effective for its cost than other possible treatments and no treatments. Finally, researchers point out that following this type of prevention program will not only reduce the rate for diabetes but also improve the quality of life of patients. This paper shows just how effective a diabetes prevention program can be that includes dietary changes and increases in physical activity. Therefore, individuals who are classified as being prediabetic should strongly consider participating in a program similar to the one described here. Physical therapists can play a major part in this prevention process by offering specific recommendations to increase physical activity levels that are appropriate for each patient and addressing any limitations that may be preventing them from becoming more active. Doing so can significantly reduce the rate of diabetes in the country and ease the burden that the disease causes for so many.

The information in the articles, posts, and newsfeed is intended for informational and educational purposes only and in no way should be taken to be the provision or practice of physical therapy, medical, or professional healthcare advice or services. The information should not be considered complete or exhaustive and should not be used for diagnostic or treatment purposes without first consulting with your physical therapist, occupational therapist, physician or other healthcare provider. The owners of this website accept no responsibility for the misuse of information contained within this website.